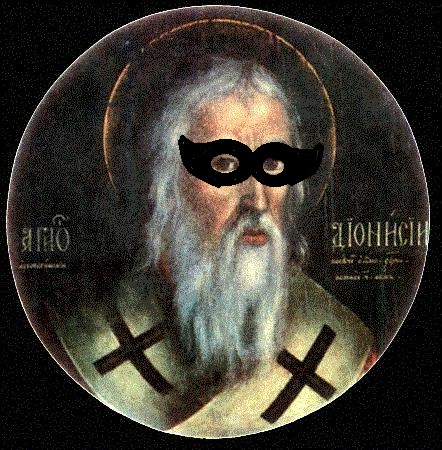 I’m reading some Pseudo-Dionysius this summer.  Pseudo-Dionysius had a deep effect on the development of medieval philosophy.  But Pseudo-Dionysius is a fake.  He wrote his works masquerading as Dionysius the Areopagite, a Greek philosopher converted by Paul’s sermon on Mars hill in Paul’s discussion of the unknown god.  The medievals didn’t know this, and payed deep homage to Pseudo-D’s work.  Pseudo-D wrote beautiful mystical theology that was influenced deeply by neo-Platonism, a philosophical movement that emphasized the otherness and unknowability of God.

I think his work has a lot of value and should be appreciated by anyone looking to understand medieval theology and philosophy in any sort of deep way.  But this raises the question: Ought Pseudo-Dionysius to have written his works?  At first it seems like a clear case of academic dishonesty that we, in the modern world, are ultra-sensitive to.  But before the modern era such issues were less stringent.  There were all sorts of categories of work that were accepted in pre-modern times as perfectly honest works that were derivative works.  For example, there were whole genres of work that would be illegal today that were accepted as important forms of literature in the middle ages.  There were commentaries, in which you heavily quoted from another work and then gave original thoughts about the arguments (like a reaction video but in text).  There were even works where you just collected a ton of quotes on the same subject together, being a curated collection of quotes from others.  These are all fine, and I think a reasonable person would consider them ethical.

But then there are works like Pseudo-Dionysius.  If we are looking at it from the outside in terms of whether it should exist, it’s tempting to place it in the same kind of category as the other fake works from the first several centuries of the church like the various gnostic “gospels”.  It seems we instinctively see these very late gospels that falsely claim authorship as dishonest  works.

But I’m not so sure with Pseudo-Dionysius.  Pseudo-Dionysius work is very important in western history.  But can a work be both academically dishonest and deeply important to the history of western philosophy?  Next time I’ll talk about what’s good about Pseudo-Dionysius’ work, and consider this more closely

Tune your dials to jsententiae.com every MWF for more content!
Peace be with you.
-JS