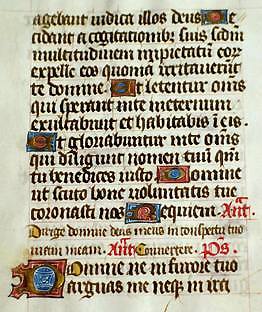 It seems, in the wider world, the move from Latin to the colloquial language in the Roman Catholic liturgy has been nearly universally praised by the wider world.  One of several main historical critiques of Catholicism have been based on Catholicism’s particular fondness for this particular dead language.  With the liturgy (and the bible), when under Catholicism’s charge, being entirely in Latin, Catholicism is charged with intentionally keeping the word out of the hands of the people in order to retain power over them.  This motivation,  I fear, was probably true for part of the church’s history.

But there are legitimate reasons to have a single language, not tied to any particular local area, for one’s liturgy.  This is especially so for a Catholic liturgy.  This is because the Catholic liturgy is centered on the Eucharist which, among other things, is a sacrament which is centered on both celebrating and causing a profound unity amongst Catholic participants.  Having the liturgy in a single language all over the world and cross-culturally encourages one to see the profound unity one has with the church all over the world: one in creed, code, and cult.

Also, in fairly well educated countries, there used to be little to the charge of making the liturgy difficult to understand.  Especially prior to the tragic downfall of classical language education in the west, people were largely able to understand basic Latin.  Further, many were educated in the Latin they needed to know in their religious education.

Over the history of being in Latin, the practice of the mass in Latin also became about being connected to the history of the church and its practices.

Nevertheless, for those that understand Latin, the Latin mass remains one of the most fulfilling kinds of experiences one can have in terms of Catholic liturgy.  Nevertheless, making the mass more accessible by allowing colloquial language in the liturgy has its cost.  The Latin mass is no longer as profound an expression of church unity.

What do you think?  Is the move to colloquial language mass last century a good move?  Is it worth the accessibility to everyone?  Let’s talk about it in the comments.

Check back every Monday Wednesday and Friday for new content!

Peace be with you
-JS