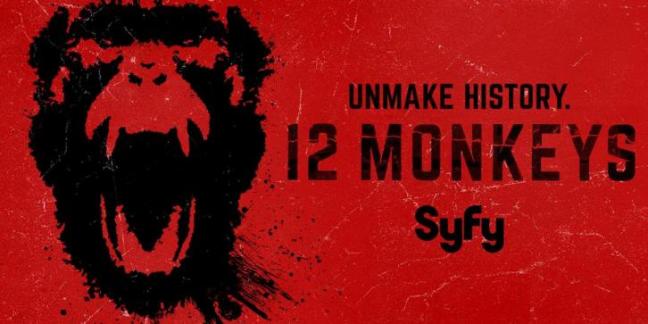 This is a new series of articles where I review movies and tv shows that are in my local Family Video rental store.  In my first post I talked about 10 Cloverfield Lane and the re-emergence of John Goodman on the acting scene.  This week we will be discussing the first season of the recent SyFy series named after the popular Terry Gilliam movie 12 Monkeys.

So I decided to rent the first season of 12 Monkeys the other day.  I am a huge fan of the movie, but didn’t know what to expect with someone other than the brilliant Terry Gilliam running the show.  It also took me until the final episode of season one to be able to figure out the relationship between the movie and the series I was watching.

I’ve concluded that 12 Monkeys is a reboot of the Terry Gilliam movie.  Maybe if I’d remember the character name James Cole from the movie I would have figured this out sooner, but now I know.  12 Monkeys the tv show is simply telling a very similar story to that of Terry Gilliam’s show.

12 Monkeys will touch on a number of beats that seem familiar to those familiar with the movie, and that is a good thing.  The story still centers around the mystery of how the world-ending disease gets spread to the world, and there remains throughout the story a sneaking suspicion that everything the time-travelers are doing is just contributing to the deterministic story of how the disease arose and killed everyone in the first place.  As with any good serial mystery, we are strung along with little clues along the first series.  The series does different things with some of the other characters, but the acting and the characters are really solid.

One highlight of the show is Emily Hampshire playing the series’ version of the Brad Pitt character in the original movie.   She plays the crazy daughter of the billionaire who is suspected of developing the disease, who is our heroes’ on-again off again frenemy throughout the series.  She is compelling and eminently watchable and moves some way toward capturing the intangible magic that Pitt had in the original series, which is an quite a feat.

Despite some small criticisms, such as a couple characters whose arcs are a little sudden and unrealistic, I would recommend this to anyone who is a fan of the original movie (and to anyone who isn’t, but likes mysteries or race-against-time thrillers).  This is really a compelling series.

Peace be with you.
-JS